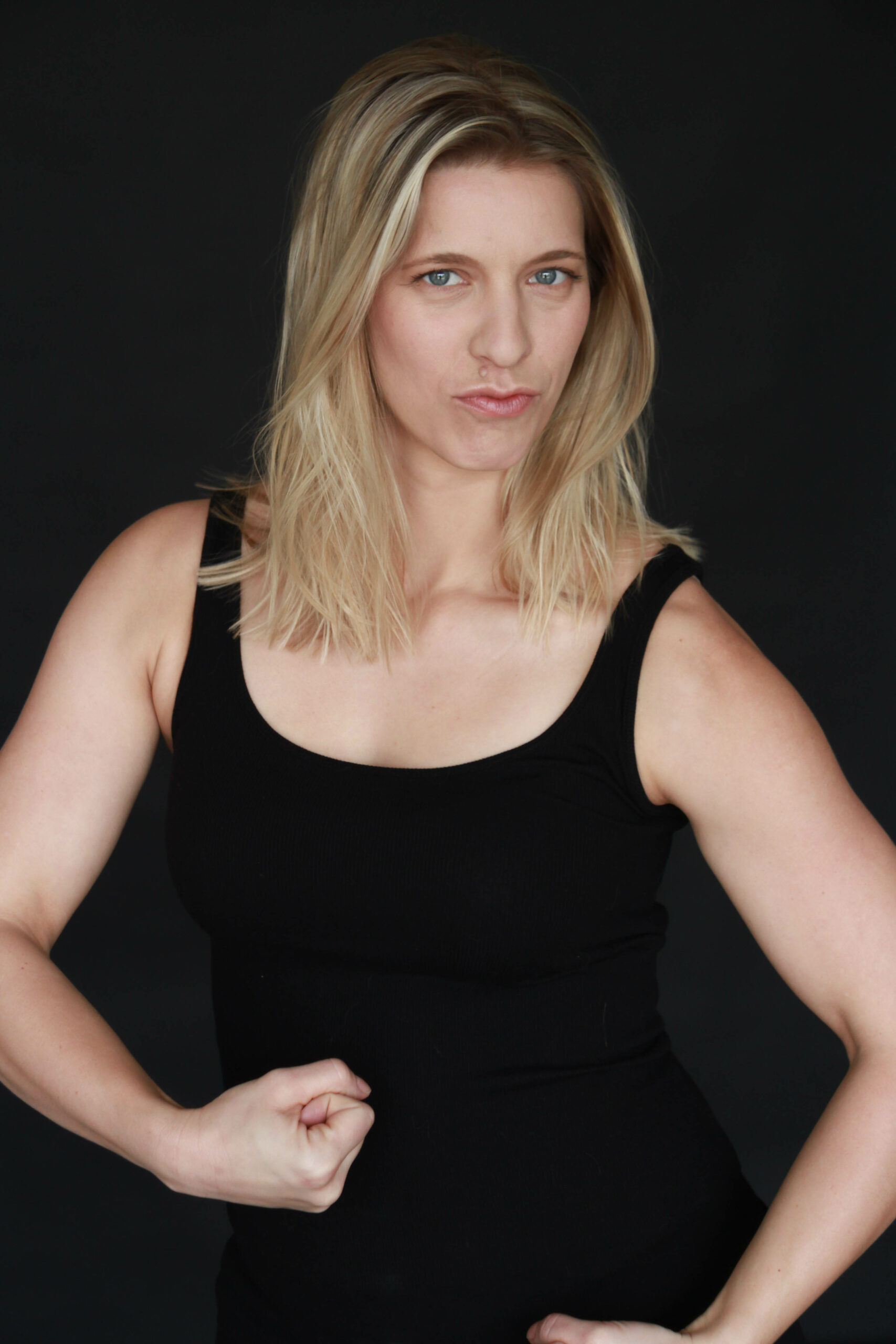 Sara is an award-winning actor, producer, feminist, web designer & digital marketer (yes, she DID design this website, thanks for asking!), crossfitter, nerd, and devoted cat mom living in Los Angeles. Before she was in LA she tromped around on Chicago stages and sets for about a decade, went to school central Illinois, and grew up in western suburbs of Chicago.

She didn’t grow up a feminist (though people who define feminism as just being loud might disagree), but after a couple decades kicking around the planet at dozens of jobs, hundreds of “networking events” and endless auditions and a few really good teachers, mentors and books, her fight against the patriarchy began and now she’s neck deep in that fight and going strong. 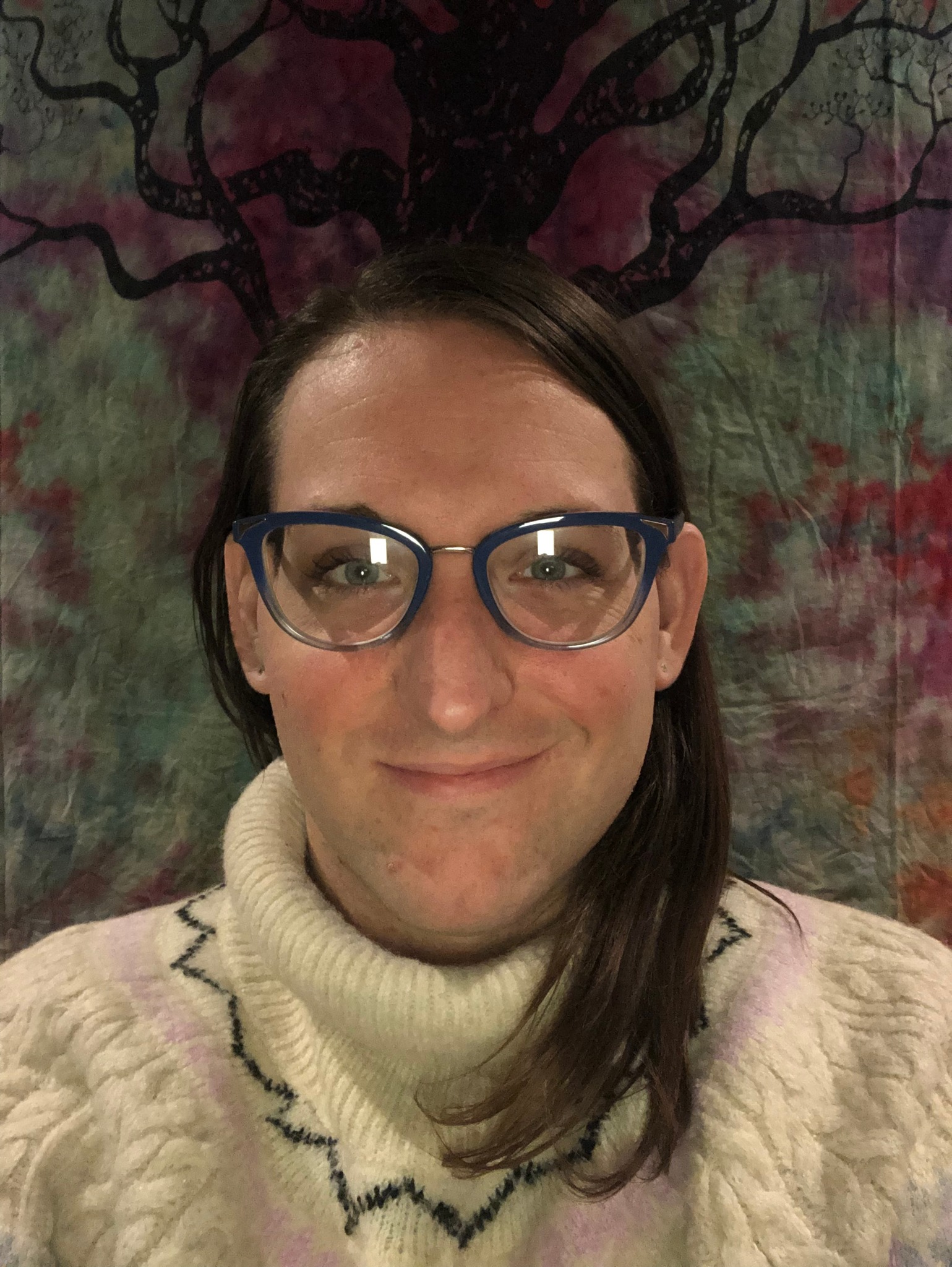 Chloe Jade Skye is a writer and podcaster living in Los Angeles. On her blog at www.chloejadeskye.com, she writes about transitioning, current events, and her own personal growth story. She is also the writer of two feature films (Sick For Toys and Road Head) and the creator of podcasts “Broads You Should Know” and “Skye & Stone do Television”. 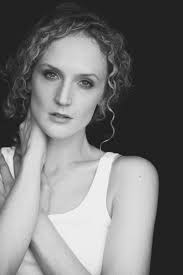 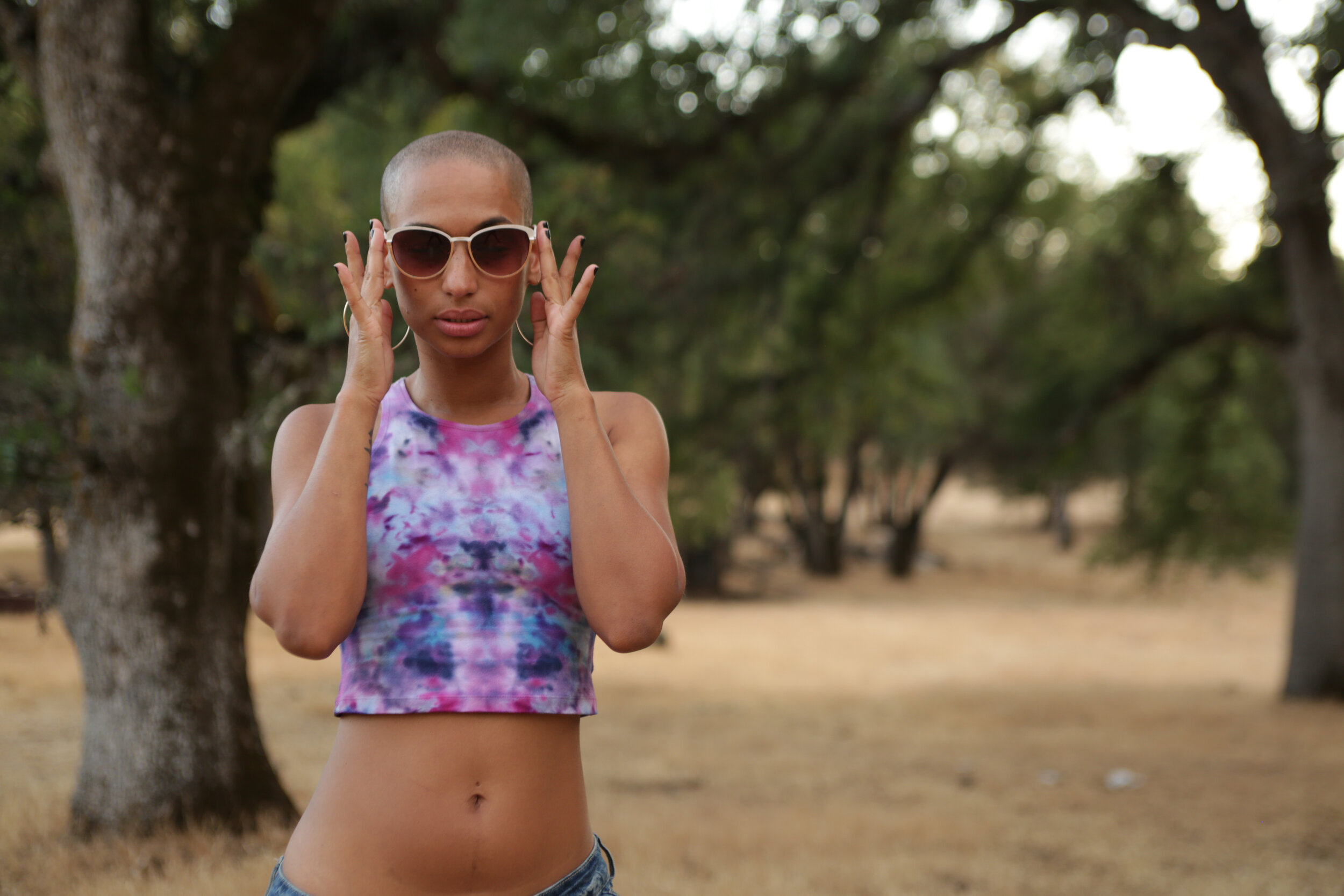 Jupiter F. Stone is a professionally trained live performer and digital producer with over 15 years of experience in digital media and the entertainment industry. Since 2016 Jupiter was featured in hundreds of digital & traditional collaborations one of the most notable being Millennials The Musical with Lin Manuel Miranda & Dwayne Johnson. Recently, Jupiter was 1/5 digital creators selected to be showcased in Tik Tok’s Diversity and Inclusion Virtual Summit. 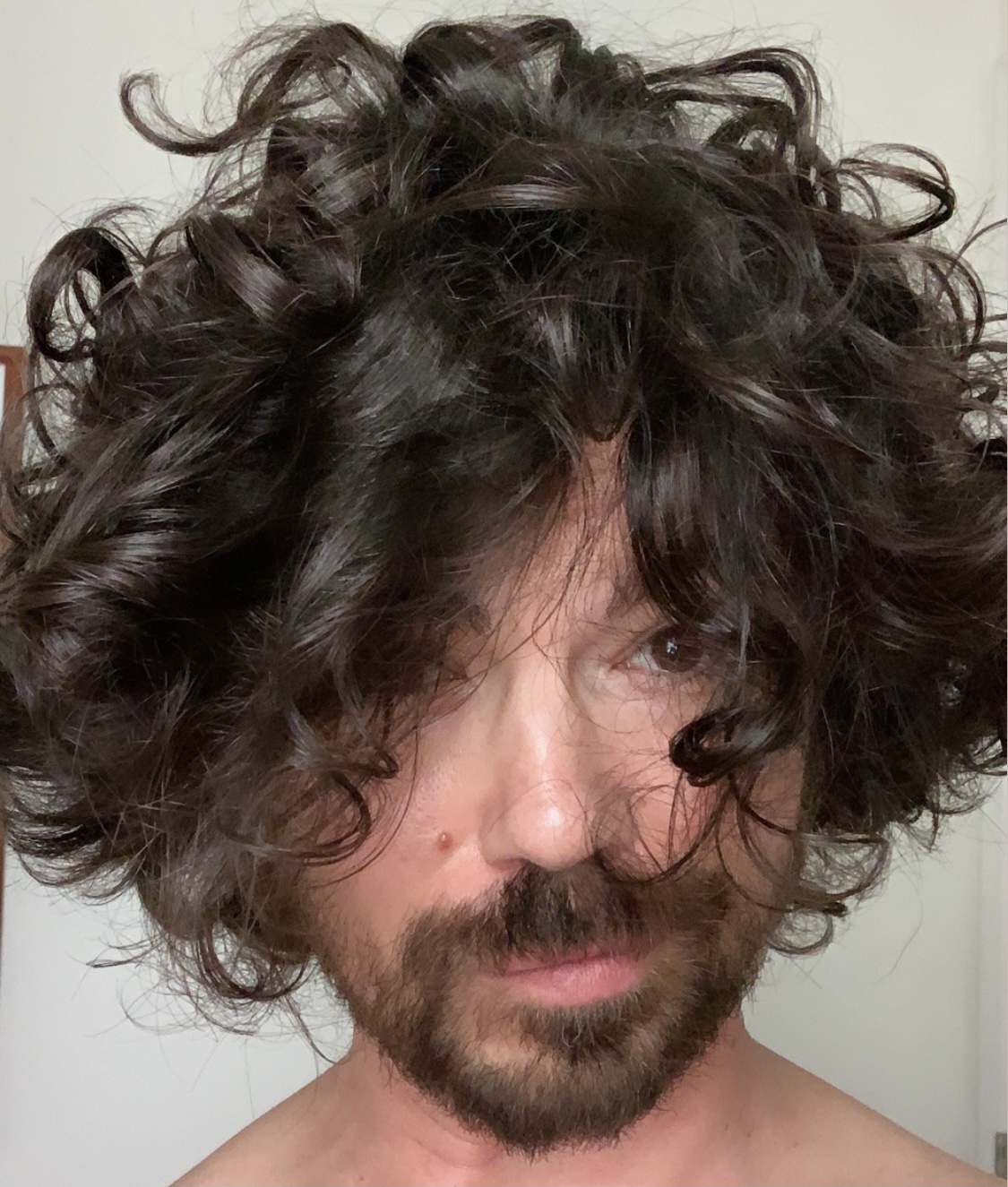 Michael is a writer (All Rise), actor (Escape the Dark), podcaster (Notes from The Red Line), and amateur baker in Los Angeles. When he’s not working he can be found exploring California, trying new recipes, or watching gymnastics. 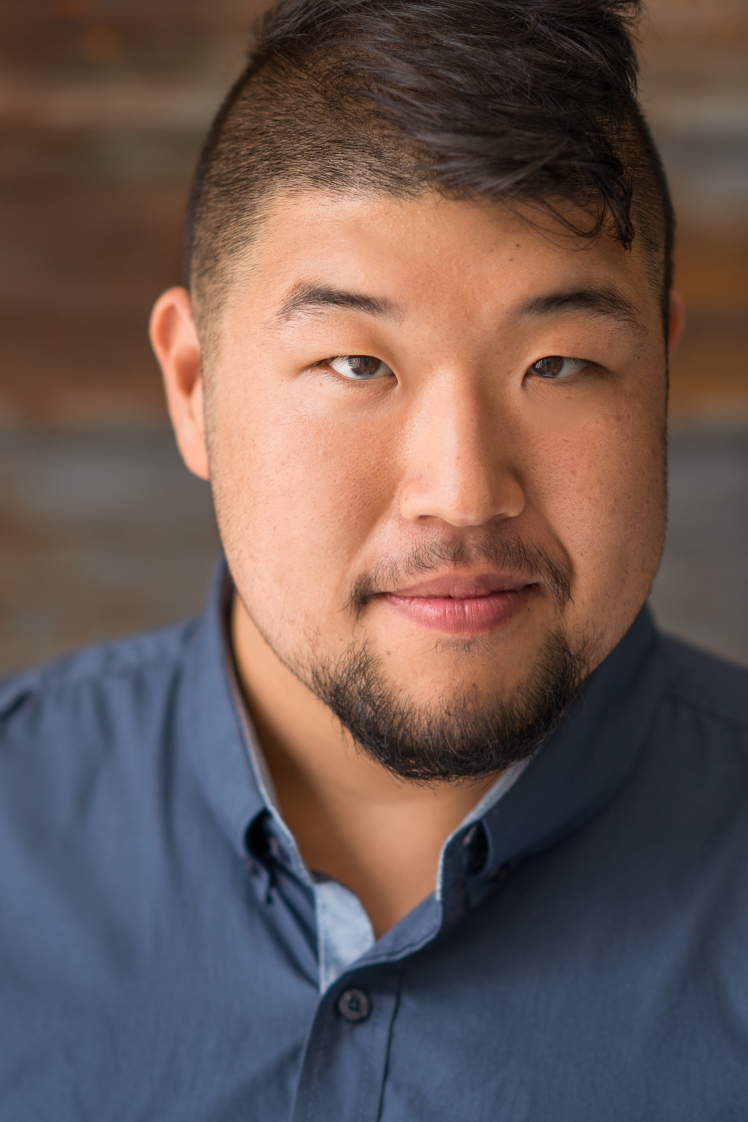 Earl T. Kim is an international Actor, Theatre-Creator, Filmmaker, Voice-Over Artist, Choreographer, and Movement Director currently based in Los Angeles, California. His work has been seen on stages and screens all over the world. Most recently, he portrayed (voiceover/performance capture/modelling) the role of Norio in the newest PS4 game ‘Ghost of Tsushima’. He holds an MFA in Acting from East 15 Acting School in London (UK) and a BFA in Contemporary Performance from Naropa University in Boulder, Colorado (USA). 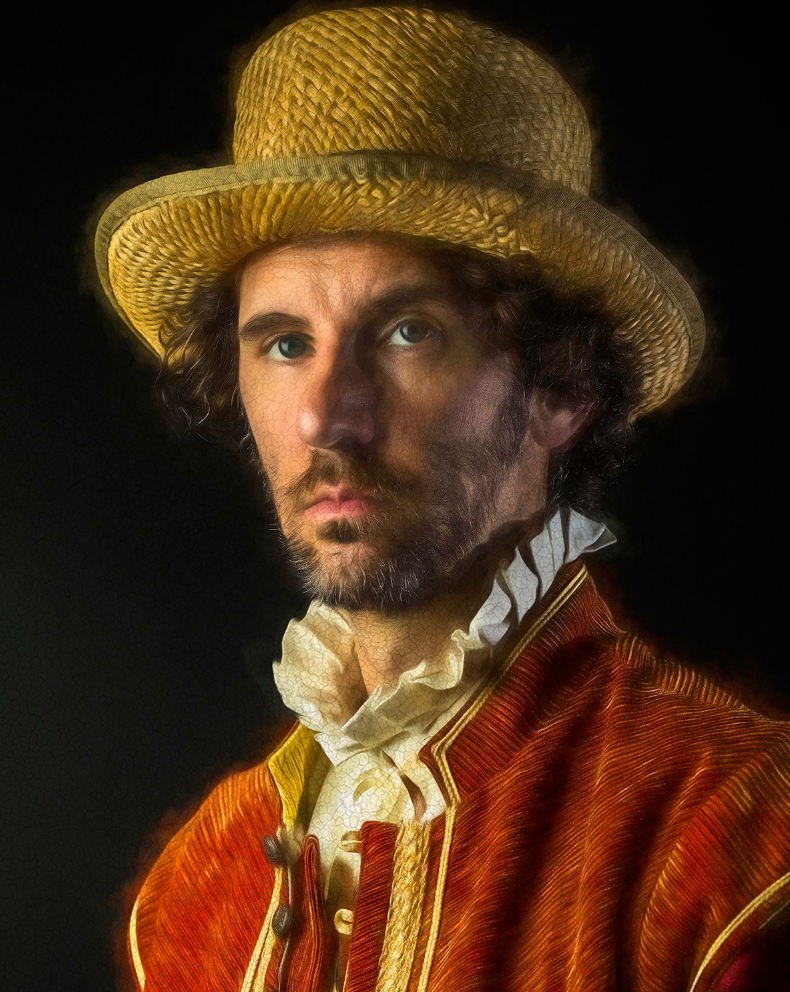 Steven Townshend is a fine art/portrait photographer and writer/editor with a background in theatre, written narrative, and award-winning game design. As a young artist, Steven toured the US and Canada performing in Shakespeare companies while journaling their moments on paper and film. In his transition from stage to page, Steven continued to work as a theatre photographer, capturing dramatic scenes while incorporating elements of costume, makeup, and theatrical lighting in his work. Drawn to stories set in other times and places, Steven creates works through which fellow dreamers and time travelers might examine their own humanity or find familiar comfort in the reflections of the people and places of a distant era. 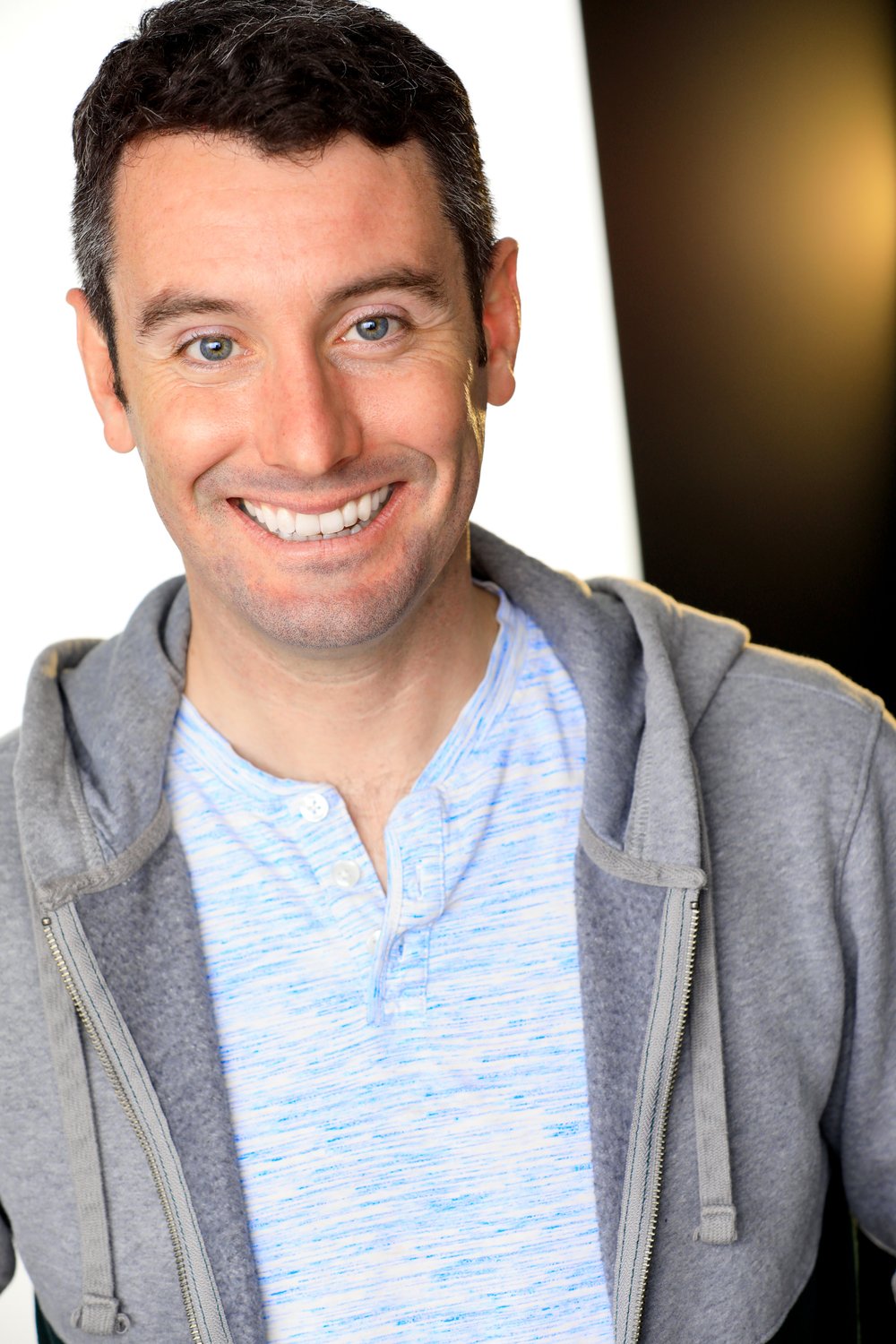 Colin A Borden began his career as an actor in Philadelphia before setting his sights on writing and directing for motion pictures.  He has directed for stage and screen, live action and animation, including The Herd [as featured on ALTER], Scary Finger, Shotgun, Abigail & the Pearl Theives, and Hollywood Boulevard staring Mark Boone Junior (for Unbridled Books) and several episodes of the award-winning webseries, Thank You, 5 [available on Amazon Prime].  He co-wrote the multi award-winning The Carrier, starring Rita Wilson and Anna Paquin, and his feature-length screenplay The Chronicles of Houghington has placed in international competitions and garnered the attention of The Black List.

As an actor he has tackled such favorites as Benedick in Much Ado About Nothing, Philip Marlowe in The Big Sleep of Philip Marlowe, Mortimer in Arsenic & Old Lace, and David O. Selznick in Moonlight and Magnolias, among others on stage, and can be seen in a recurring role on the hit AMC show Better Call Saul, and as a regular company member of the massive viral hit Dhar Mann with over 30 Billion views.

Mr. Borden is proud member of the Screen Actor’s Guild and is represented by Ross Grossman at Affinity Artists Agency. He currently lives with his wife, kids, and dog wherever they are needed. 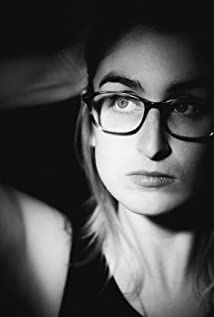 Caitlin is a playwright, television writer, and filmmaker and, along with Erica Weiss, the co-creator of The Red Line on CBS. Her work in television also includes Supergirl, Under The Dome, and Emily Owens MD. Plays include A Twist of Water, The Downpour, and The Burials, which were all created with her frequent collaborator, Erica Weiss. The View from Tall was her first feature film, which she also co-directed with Weiss. 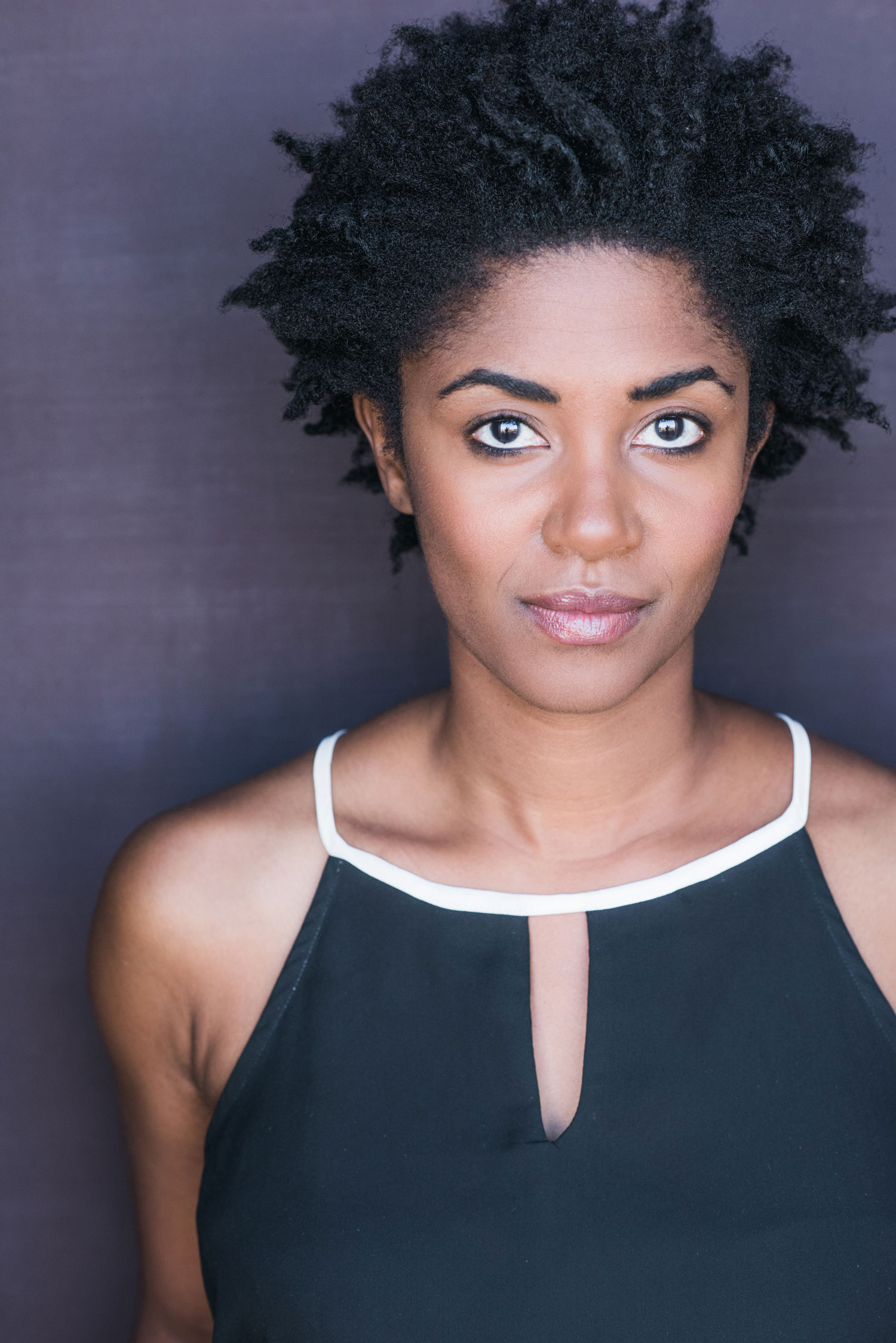 Adrian Snow is a Los Angeles based actress and writer. Originally from Houston, Texas, she received her BFA in Acting from The Theatre School at DePaul University in Chicago. While there, she appeared in countless stage productions with the likes of Steppenwolf, Lookingglass, and Writers Theatre.

She can be seen in the recent seasons of The Unicorn, Kidding, L Word: Generation Q, along the festival circuit in the web series she created with Dyani Rejae, Crazy Sexy Oreos, and a variety of commercials for the likes of McDonalds, Blue Moon, and many more. She is also an improviser and runs the show Church Improv at The Clubhouse Theater in Los Angeles.

She is repped by A3 Agency fka Abrams Artists and the ESI Network, and DPN Talent. 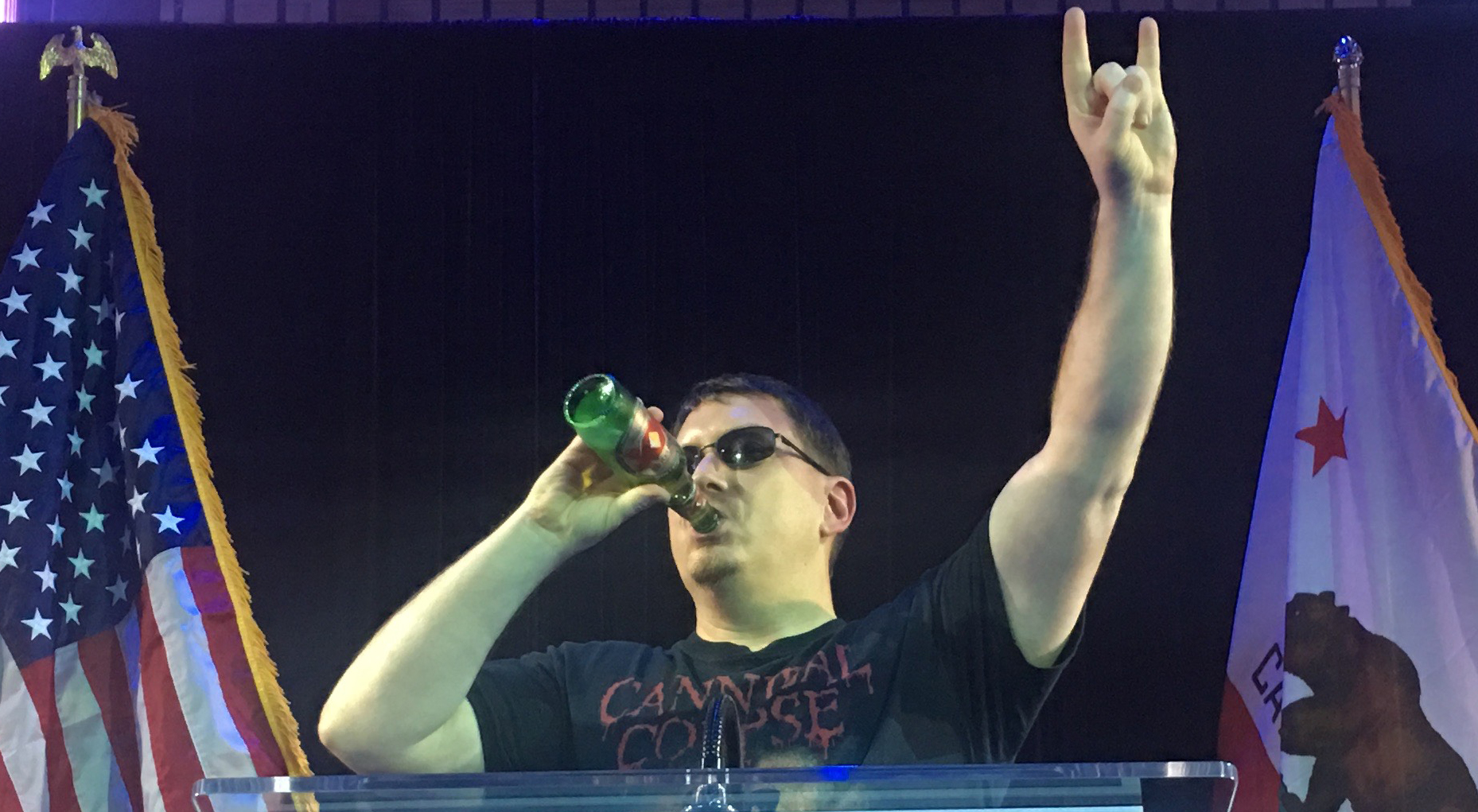 Mike Kuciak is a Los Angeles-based filmmaker. He’s the writer-director of Death Metal, writer-producer of In the Shadows, and a producer on the forthcoming Cursed starring Lindsay Lohan and Mickey Rourke. He has served as a producer or executive producer on several independent films, and directed short films and music videos. Dead City Chicago, his first in a planned series of horror novels, came out in 2020, and he’s the former co-creator of the horror podcast The Darkest Hour. 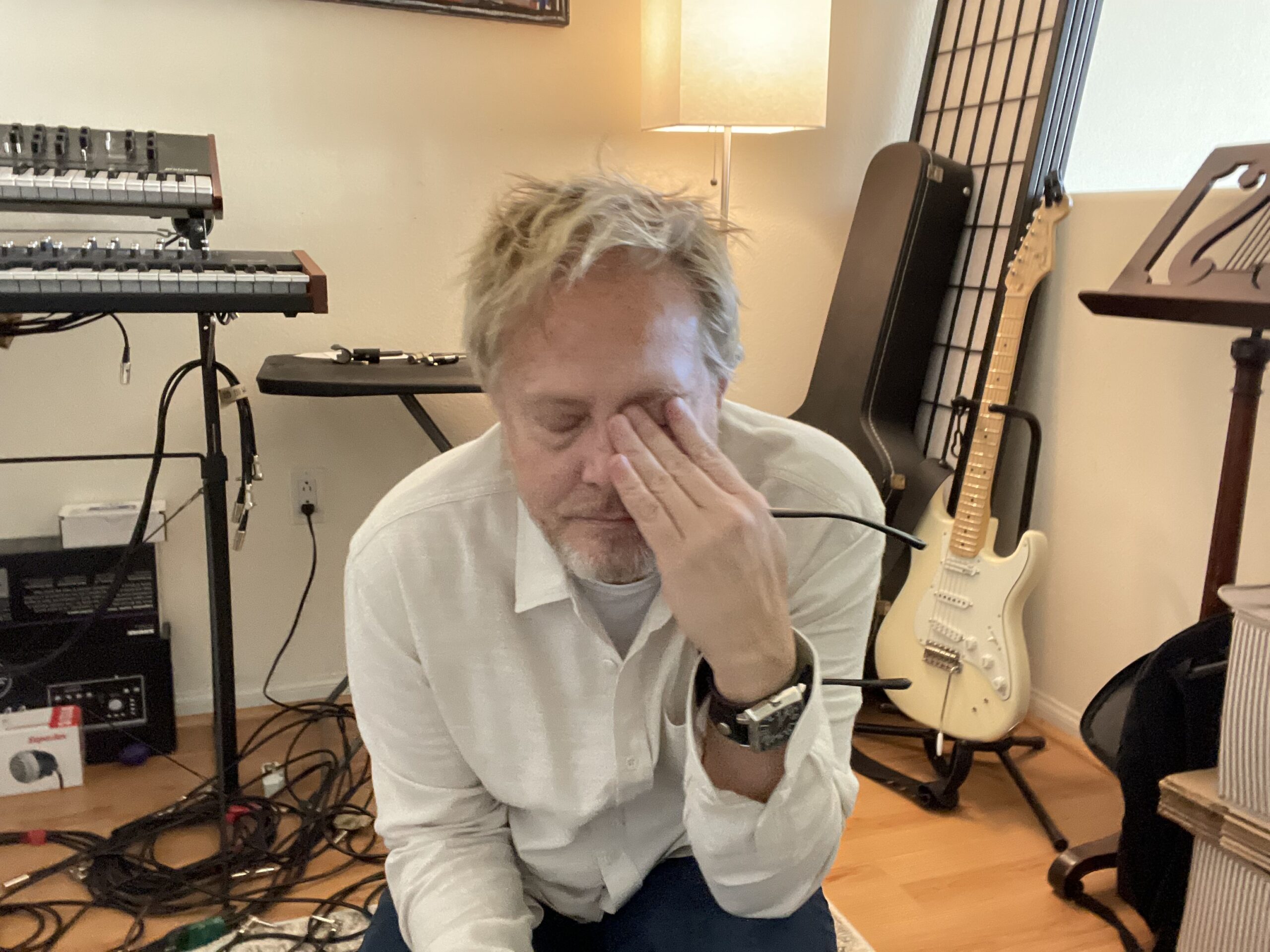 Darren Callahan is an award-winning writer, director, and composer who has written drama, fiction, and non-fiction for many major outlets, mostly focused on the horror genre.  Stage plays include The White Airplane, Horror Academy, and Desperate Dolls.  Novels include The Audrey Green Chronicles and City of Human Remains.  Battery Filmtext of LA has released a 24-volume box set of his screenplays.  He has released nearly 80 records, from pop to noise to ambient to film soundtracks. Zach Livingston is a Los Angeles-based actor, martial artist, mechanic, musician, and occasional pet-sitter. His car might look like a hunk of junk, but he’s made a lot of special modifications himself. His next project is a new play called The Upstairs Department, which will be performed at the Signature Theatre in Arlington, Virginia in spring 2022. Updates on life, career, and current hunks of junk are available on social media:
IG: @lefthookz
TW: @Zach_Livingston Rev. Gorsky has served as head pastor at Elk Grove Presbyterian Church in the Northwest Chicago Suburbs since January 2019. EGPC not only serves it’s congregation spiritually, but also serves with wider community with a thriving food pantry and clothing ministry.

Prior to ministry, she worked as a health consultant and educator and earlier as a physical therapist.

And yes, she is Sara’s Mom. 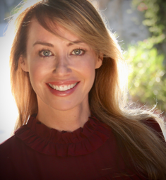 Elise Ballard is a writer and the author of Epiphany: True Stories of Sudden Insight to Inspire, Encourage and Transform (Harmony / Crown Publishing) and the EpiphanyChannel digital project. She is now considered an “epiphany expert” and is a twice-invited TEDx speaker.

She has been featured in and has contributed to publications such as Psychology Today, Guideposts, Live Happy Magazine, and The Hollywood Reporter and has been invited to cover events such as the Nobel Prizes.

Her passion for true stories and uplifting entertainment guides her path and she always has at least a few projects in development—including Crescent City Trailblazers inspired by the true story of her great-grandmother and her dynamic sisters in turn of the 20th century New Orleans. She resides in Los Angeles, CA and loves visiting her “homeland” (New Orleans, Dallas and Austin) as often as possible.

ALSO – Check out her book Epiphany!

Rev. Alexander Lang is a Presbyterian pastor in the northwest suburbs of Chicago. Known for his distinctive preaching style, Alex blends history, science, culture and scripture into spiritually relevant messages for his congregation. Alex’s interests include independent film, electronic music and deep conversation with people who question, doubt and want to dig into the most complex issues we face as humans. When he’s not working on books, sermons or the Restorative Faith Movement, Alex enjoys spending time with his family by reading books aloud with his wife and playing crazy games invented by his two sons. 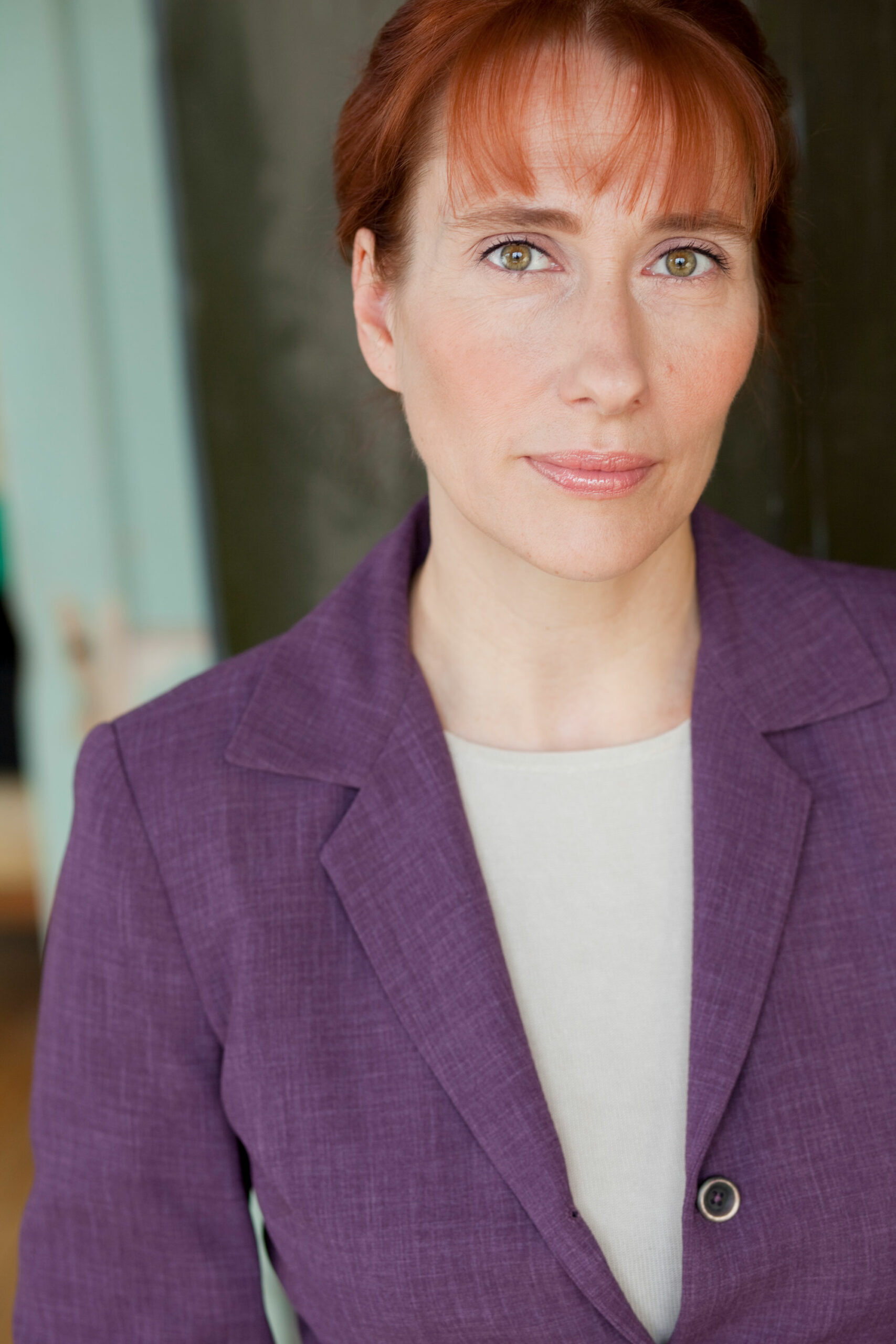 Dawn “Sam” Alden is an actress, director, producer and stage combat badass.  She currently acts, directs and produces in Los Angeles where she continues her commitment to creating dramatic works which showcase the physical power and skill of women in film and theater. She also co-hosts another FABULOUS feminist podcast 34 Circe Salon, where her co-host and guests deep dive into the Matriarchy, smashing the Patriarchy, and highlighting the incredible stories of women in history. 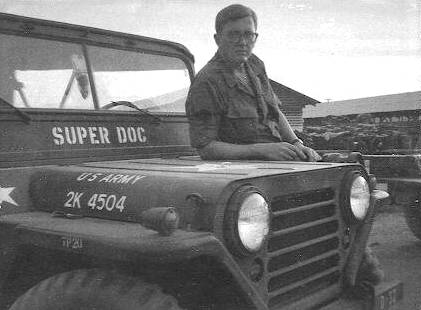 Joe Lex was involved in Emergency Medicine for more than 49 years – as Vietnam combat medic, ER Tech, Certified Emergency Nurse, and Board Certified Emergency Physician. For five years he was Education Chair for the American Academy of Emergency Medicine, which named their Educator of the Year Award the “Joe Lex Award.” After 14 years as a community “pit doc,” he joined the Emergency Medicine faculty at Temple University in Philadelphia. He is considered a “godfather” of free electronic open-access medical education and his website www.FreeEmergencyTalks.net taught thousands of people worldwide. Since his retirement in 2016, he has become a radio producer, with a weekly show called “Dr. Joe’s Groove,” featuring 60-year-old news and jazz. He has also become an amateur cemetery historian and volunteer tour guide for Laurel Hill Cemetery in Philadelphia, in addition to doing their monthly podcast “All Bones Considered.” 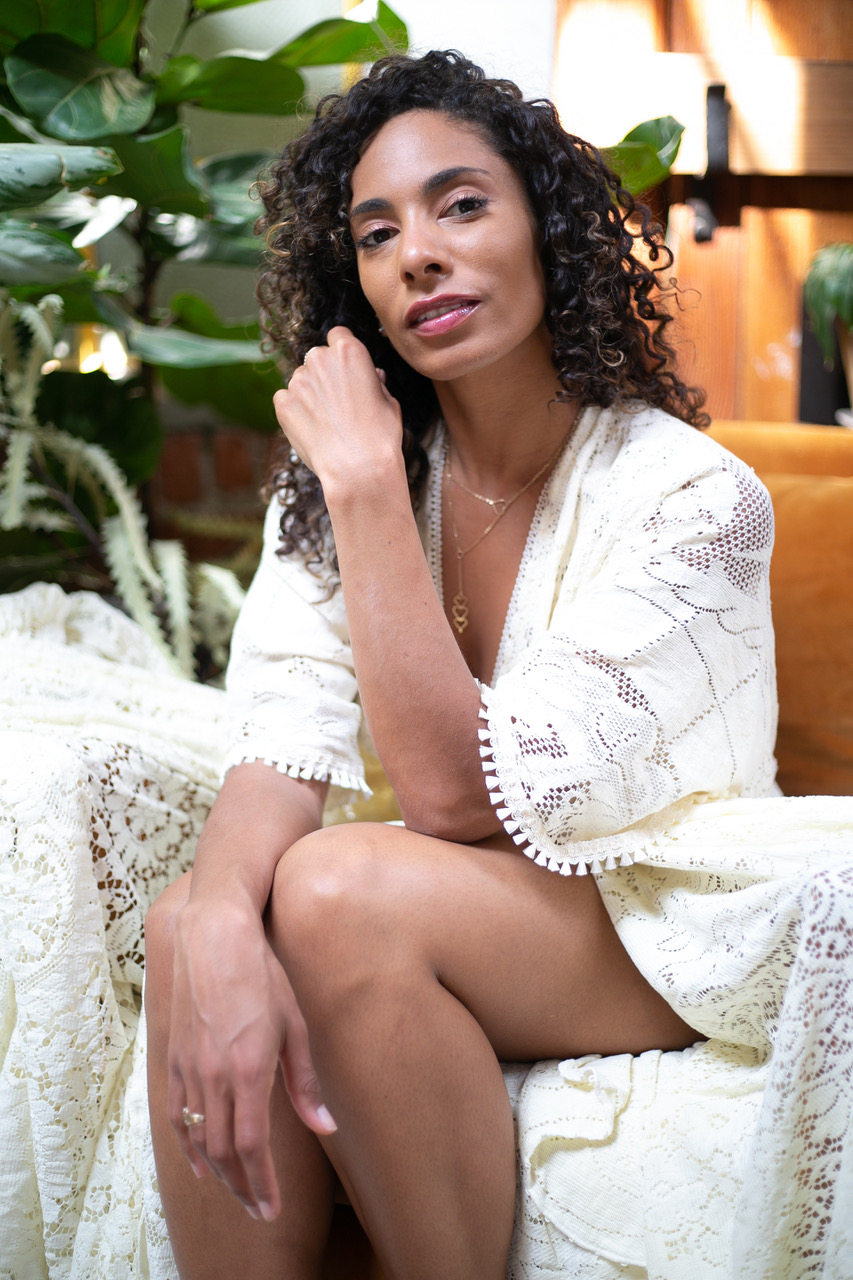 Nina Grae, a California-native, is a singer-songwriter, producer, and creative group facilitator using music and multi-media works to honor the spirit of love in all forms. Grae’s fusion of acoustic soul music with folk stylings has struck a chord with listeners worldwide, with themes of unity and compassion weaving throughout her original works. Grae has opened up events for spiritual teachers Rev. Michael Beckwith and Marianne Williamson, poet In-Q and conservationist Jane Goodall. With over 150 original music videos in her digital medicinal music cabinet, Grae is currently working on her 4th studio release, to be released winter 2022.